The 2020-2021 NBA seasons only had 72 games and played out to empty arenas due to pandemic restrictions. That did not detract diehard lovers from getting their basketball fix in December 2020.

Who could forget Steph Curry clocking an NBA-record 96 threes in a calendar month back in April? How beast mode’s Zion Williamson reached 2,000 points, the youngest player to do so in 79 games since Michael Jordan?

The league announced the 2021-22 session starts in mid-October 2021. This time, it will be full 82-games, although there’s no mention of the Play-in Tournament.

The Milwaukee Bucks ended up with the coveted Championship Trophy, but a few sides are plotting their downfall. Keep reading to discover those conspiring to snatch the crown from the Bucks.

One of the main reasons they didn’t challenge till the end was Klay Thompson’s Achilles and ACL tears. If Klay, Curry, and Draymond Green manage to stay fit the entire season, they will mount a serious title bid.

Even if the Big 3 doesn’t all make it to the playoffs, there’s reason to be optimistic. While the fringe players led by Andrew Wiggins do little to inspire confidence, help is seemingly on the way. The owner has indicated he does not intend to gear down, so expect aggressive transfer moves.

On 7th August, Andre Iguodala finally confirmed the world’s worst kept secret by announcing his return. To round up the squad acquisitions, GSW has brought in the following veterans and squad players:

With the present sort sorted, that doesn’t mean GSW isn’t trying to fix the future. Wiggins and former No. 2 overall draft James Wiseman struggled, but there’s hope they could raise their game this term.

What’s more, the game on 5th August showed they made good use of their first-round picks. GSW had a choice of the No. 7 draft from the Timberwolves and their own 14th from the lottery pick.

They chose Moses Moody and Jonathan Kuminga, who showed raw talent in their debuts. It’s plain to see why there’s so much optimism at the Chase Center Arena.

They were the hot favorites, but as is often the case, incapacitations to key personnel put paid to those ambitions. After adding James Harden to their roster, they’re hoping Kyrie Irving finally gets over his playoff injury troubles.

Irving’s injuries have been a real head-scratcher, picking up injuries in each of the past two playoffs and 2018.

In Irving, Harden, and Kevin Durant, the Nets are the strongest team on paper. That said, translating that into winning the Championship is easier said than done. Having the most inconsistent superstars in the NBA doesn’t help matters either.

To that end, they’ve brought in veteran guard Patty Mills, who should shore things up when injuries bite. In addition, the resurgent Blake Griffin has re-signed, plus a few other veterans and rookies.

Having one of the all-time greats in your crew helps, but the Los Angeles Lakers aren’t just about LeBron James. They have assembled a great side; that’s why they feature as one of the favorites.

Once the federal government sorts out its reopening schedule, that would mean the playing arenas opening up to fans. You get the feeling the Lakers can be one of the outfits that massively benefit from that.

When they lost to The Suns, they led 2-1 before Anthony Davis (AD) picked up his injury. With AD coming back, the acquisitions of Carmelo Anthony and Dwight Howard make the squad a force this coming term.

Russel Westbrook should provide the needed energy at point guard. The following are also making their comebacks:

This entire means The Lakers are serious challengers this coming session.

Hungarian basketball fans can have great fun placing bets on The Lakers and other franchises they love on Mighty tips.

Speaking of Suns, they have as good a chance as anyone else on this list. They had a charmed run last term, even taking a 2-0 lead in the Championship Final. Sure, they didn’t get to deal with AD, Kawhi Leonard, and Jamal Murray, but they do have potent ammunition.

They have done the hard work by retaining the charismatic Chris Paul. His work will be all the easier with the retention of Cameron Payne. The JaVale McGee and Landry Shamet signings does not hurt their chances either. 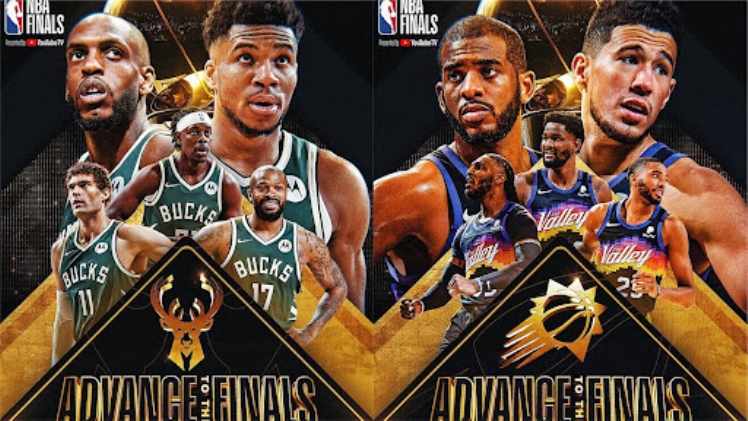 Those signings and the development of young players such as Cameron Johnson point to another successful regular season.

However, the final exposed their lack of offensive wings. Fix that, and they have a legit chance to trouble any of the other top teams.

Predicting the NBA Trophy winner is tricky, with injuries often deciding how far an outfit goes. That said, luck plays second fiddle to excellent preparation, which is exactly what the franchises here have accomplished. For that reason, The Lakers, GSW, Nets, and Suns join The Bucks as favorites to win the 2021-22 trophies.

Plus One Series 40m Heatertechcrunch
22 hours ago